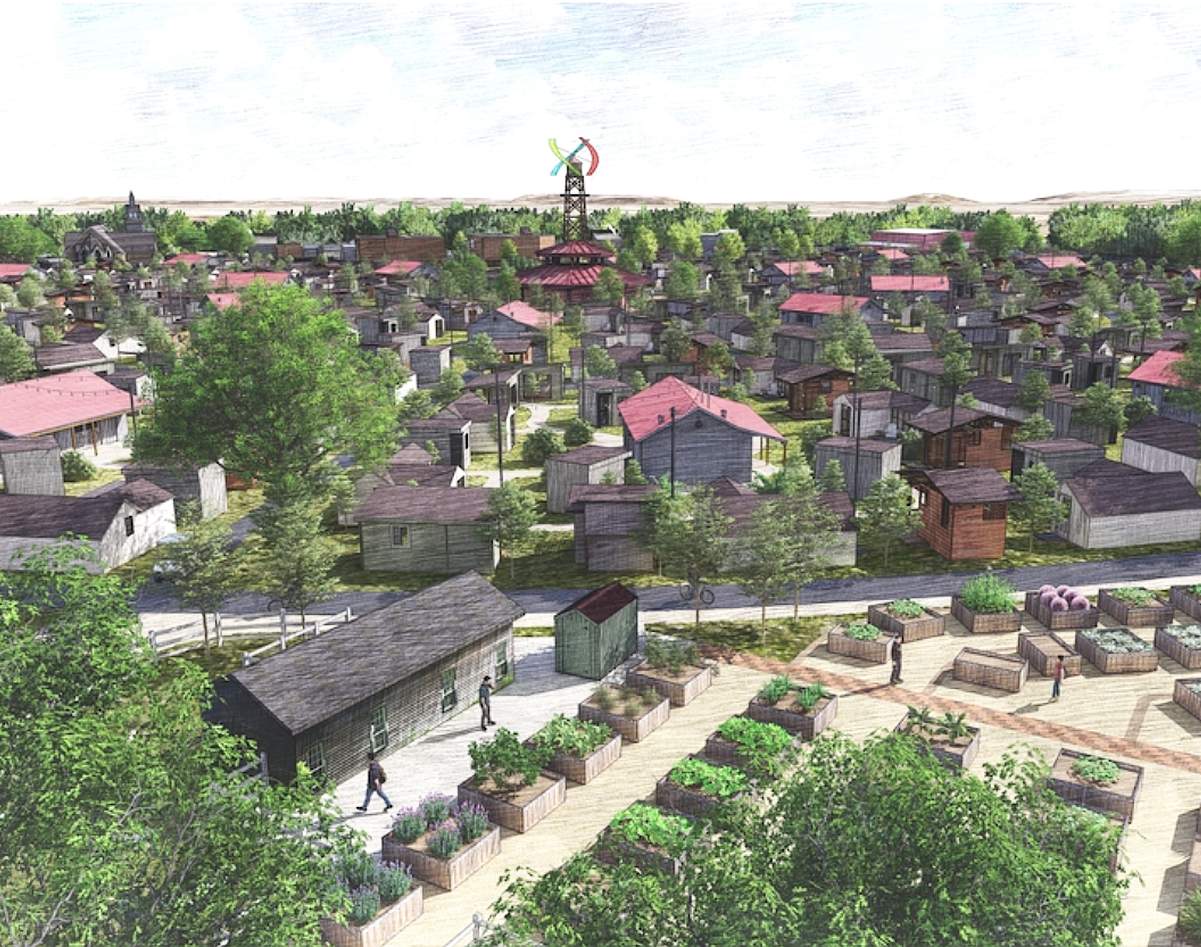 Homelessness is not the effect of a life of crime or addiction, it’s much deeper than that. According to Joseph Grenny, chairman of the board of The Other Side Village, a master-planned neighborhood heading to Salt Lake City providing permanent housing for men and women coming out of chronic homelessness, homelessness results from the catastrophic loss of family. The solution? To build a new family. 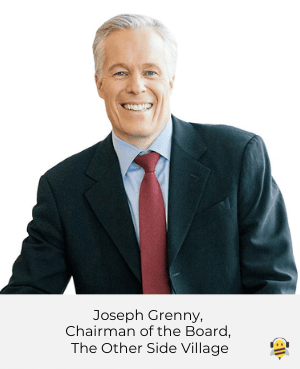 According to Grenny, “homelessness” differs from person to person. Some had a temporary economic setback, but are capable of being self-reliant again if given the right opportunities. Then, there are others for whom homelessness has become chronic. “For these people homelessness is no longer just an unfortunate episode. They have been homeless for years, and have lost the ability to live differently,” says Grenny.

“Some develop ways of coping with the chaotic, stressful and dangerous world on the street that become almost impossible to escape. Former mental health challenges for some deepen as they use drugs or alcohol to cope, get disconnected from care, and live in overwhelmingly stressful circumstances," explains Grenny. "For people in this situation, the best hope of change is to create the healthy community they’ve either never had, or lost somewhere along the way. All of us rely on a circle of friends, family, mentors, teachers and associates in order to achieve our potential. It’s no different for the homeless than it is for you and me. When you lose the social capital of those who help you improve and flourish, you lose the most important asset of life."

Grenny sees similarities in the rise of Silicon Slopes. “If you want to create a tech community in Utah, you need an ecosystem of mentors, funders, role models and others. For some reason we keep thinking that simply throwing temporary housing at the homeless should work. Then, when it doesn’t, we blame those who continue to struggle. It’s community that they need, not just a roof.”

Mentors, support, and a peer community and resources—those need to be permanently available for a sustained period of time as people develop and grow, and we don't have that today, explains Grenny. For the chronically homeless who are dealing with a complex set of barriers to regaining a healthy life, it's essential to create permanent communities that help people lift themselves out of those circumstances.

The Other Side Village will offer permanent supportive housing. It will be economically self-sustainable through social enterprises that offer employment to Villagers. And, remarkably, it will remain clean, wholesome and beautiful because high moral standards will be maintained in a unique peer community. Older residents will mentor younger residents in the standards of the Village and will help newer residents progress the same way they did.

That’s how The Other Side Academy works, Grenny’s sister's (yet entirely separate) project. The Other Side Academy houses 125 men and women who had been arrested an average of 25 times. Today, they run four world class enterprises that generate the income to support their community as they work to change their lives. The entire community is peer-run. 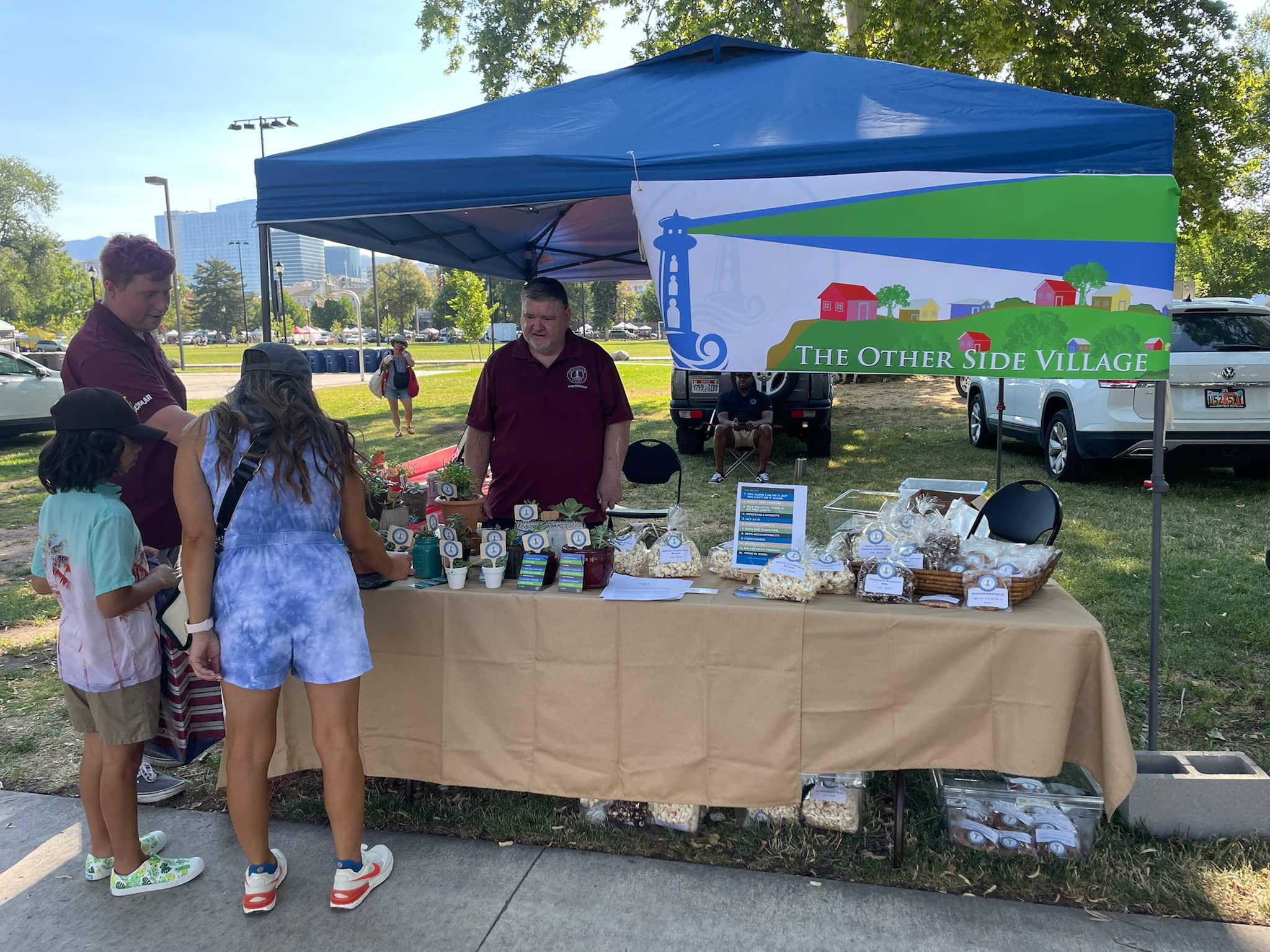 A key aspect of the Village is the plan to have integrated support services onsite. Grenny explains, “Someone who is struggling to get vocational training, generate income, manage mental health crises, protect their exposed belongings on the street, find a place to sleep, figure out where their next meal comes from, and on and on—how can you hope to solve any one of those problems without solving all of them?

“The idea of delivering services ‘a la carte’—where an unsheltered person has to navigate a host of services providers—is ineffective for many. These need to be integrated into a stable community so a person can get all the support, all the time, while learning to live a different way.”

Grenny gave an example of a person going back to an encampment after getting some vocational training, or getting a job and they’re able to show up for a day, but they don’t have an address, they still have addiction issues, they have mental health challenges, they have no positive peer support, and they have no one thing after another—this kind of à la carte buffet system of providing services has not worked particularly well. Grenny believes a comprehensive permanent community that provides that kind of support on a sustained basis is what's required.

With support from Mayor Erin Mendenhall, the Other Side Village has an initial design and a site already identified. They plan to build 430 tiny homes in the next five years and create a vibrant and sustainable community that helps people change their lives.

Grenny believes Utah is the likeliest place for the Other Side Village to originate. “Innovation is usually about combination,” he said. “There are four aspects of the Village that haven’t been combined in this way before. First, it will be a community at scale. Second, it will be economically self-reliant. Third, it will be peer run. And fourth, it will offer beautiful, permanent homes that anyone would want to live in.” Each of those elements has been proven to work, but no one has brought them all together before. Utah believes in both self-reliance and redemption. This will be a beautiful application of both.”

Grenny points to the CommunityFirst! Village in Austin as an example of a beautiful community at scale. The Village offers affordable, permanent housing for the chronically homeless. The Austin community is very large and has not created social problems. All of the worries that it would create an open air drug market, raise the crime rates for some of these upper middle class neighborhoods, or diminish the property values,  has not occurred, he says.

“In fact, it's become a destination visiting spot in Austin and provides services for the larger community prizes, so the idea of operating at scale with beautiful tiny homes is something that we've learned a great deal from CommunityFirst! Village.”

The Village offers affordable, permanent housing for the chronically homeless 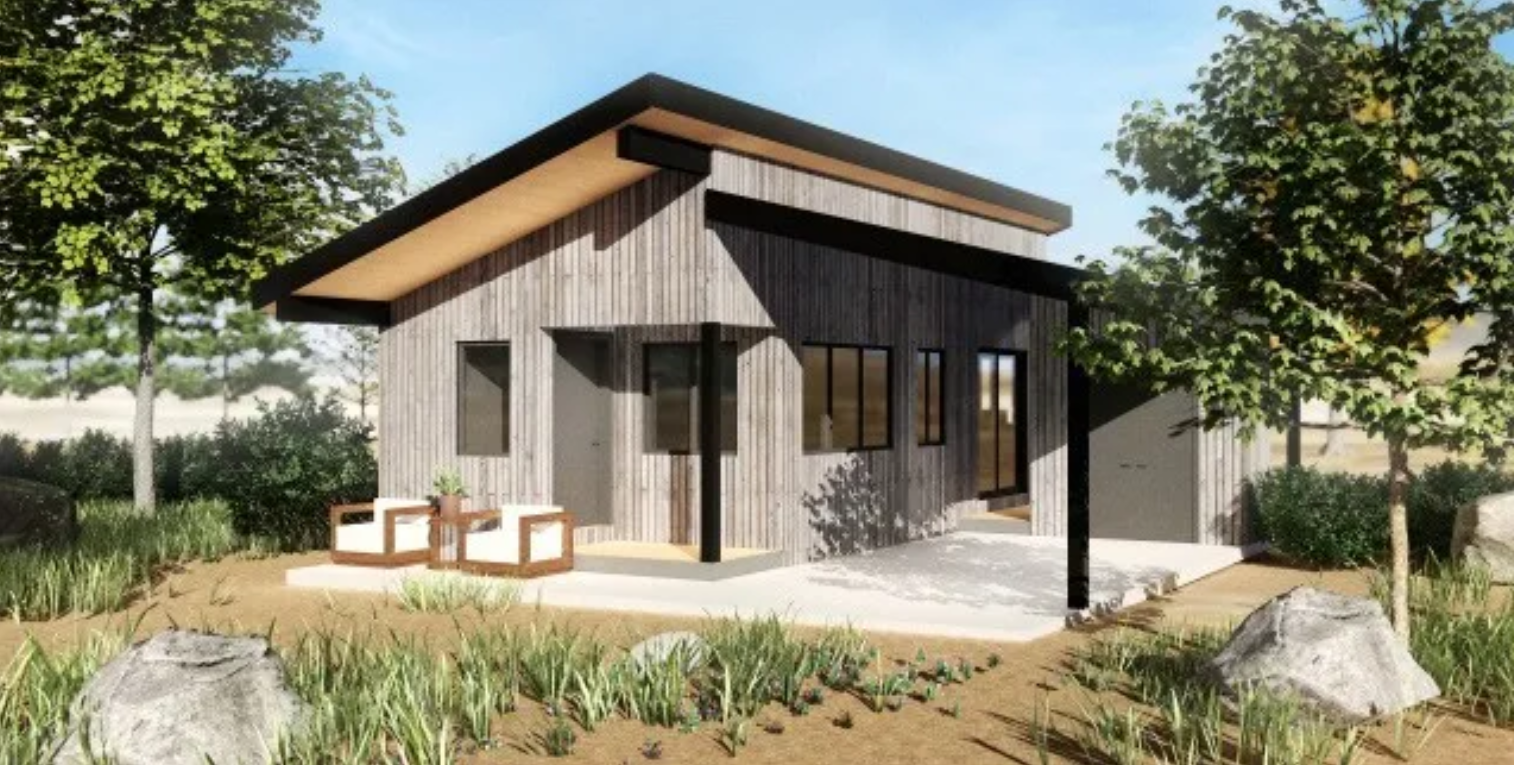 The Other Side Village is not transitional housing, it is a self-reliant, master-planned neighborhood founded on the belief that housing alone is not the solution to homelessness, but community is. The heart of the Village’s model is the combination of quality, permanent housing, support, a strong culture of personal growth, and connection.

For someone (the Village is not for families) to be eligible, they must be chronically homeless, and that includes any person with a disability who has been living in a place for the last 12 months continuously or on multiple occasions adding up to at least 12 months that is not meant for human habitation.

Other facts about the Village:

How the Village is funded, and how Utah companies can be a part of it

Once the Village breaks even and is in operation, the plan is to reach self-sufficiency to cover operating expenses through revenue generated by its social enterprises. This way, it won’t need to rely on ongoing donations, but right now, The Village is seeking donations from corporations, foundations, and private citizens to cover the costs of building out the Village. They are also hoping to work with government and land-owning entities that can donate land or make land available through a long-term lease.

The Other Side Village is relying on the support of “The Builders Brigade” and its corporate and community partners to make it all possible. This is a great opportunity for Silicon Slopes and all types of Utah companies—there are multiple unique, creative, and innovative ways to be a part of the solution. For example, employees could serve through volunteering at the Village, or they can train and employ some people living in the community.

According to Grenny, Aaron Skonnard, the CEO of Pluralsight has been a supporter of The Other Side Academy and has interest in the Village. Alex Bean, the co-founder of Divvy, has put up the money for one of the homes in the Village and has been supportive. Blake Murray, founder and CEO of Divvy, is very aware and his father has been closely involved. Jeff Burningham, co-founder and managing partner at Peak Capital Partners has also shown his support.

A leap of faith in humanity

“At the Other Side Academy, I've listened to 500 stories in the last seven years of people who have been in and out of jail, in and out of prison, often on the streets and so forth. Their stories are heartbreaking. There isn't one of them that says, ‘I was on my way to a degree at Harvard and just held up a liquor store and I went to jail.’

“It was, ‘Dad introduced me to drugs. Mom was a prostitute. I was raised under a bridge.’ It all began like that. The problem is that it wasn't just an asset problem, not even a social capital problem. They developed a way of responding to life that was mentored in that environment, and if you can't honestly confront that and say, ‘Yeah, life sucked,’ you had some bad cards dealt with, but if you want a different life in the future, you're going to have to look at how you're responding.’ If you can't have that conversation, you can't change a life.”

The Other Side Village is currently negotiating its lease. For that to be done, the public benefit analysis has to be completed and it must be approved by the City Council. Grenny says he hopes to break ground at the end of August.

To learn more about The Other Side Village, check out their FAQs page. To see what you or your company can do to help, contact them directly.

Elainna Ciaramella is a St. George-based business journalist and writer who interviews business owners, researchers, CEOs, and C-suite executives from all over the country. Her curiosity is endless and she is constantly seeking information that will intrigue and inspire readers.