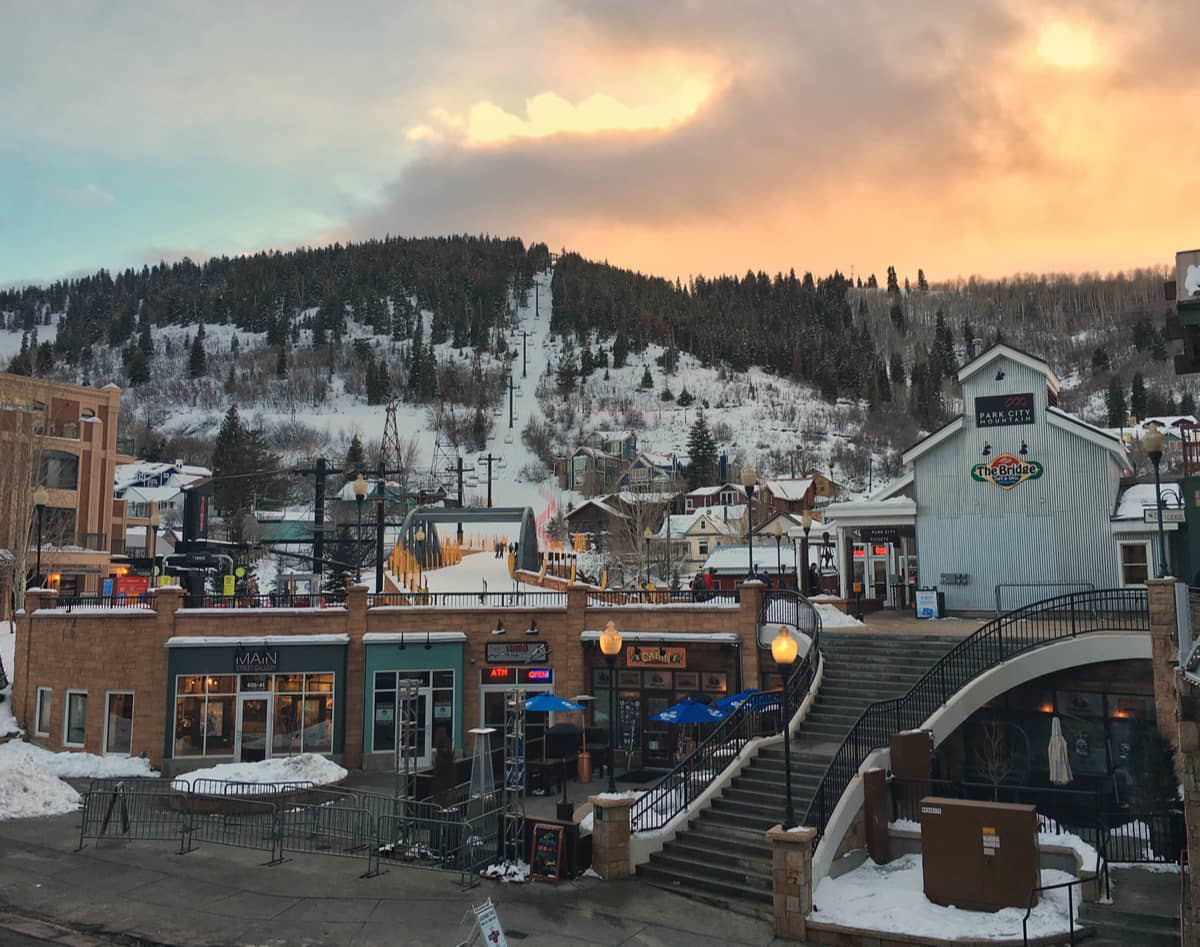 The Sundance New Frontier Track: Pushing the Boundaries of Film and Storytelling

In my career, I've been a documentary filmmaker, journalist, and unabashed technophile. I’ve also been a Provo resident for more than half my life, with Sundance just 25 minutes up the road. I’ve attended some portion of the Sundance Film Fest nearly every year since moving to Utah.

Sadly, this year’s festival couldn’t happen in person (thanks, COVID). Screenings were all remote, which definitely impacts the experience. But I wanted to make the most of it. If I couldn’t enjoy screenings in a large theater full of fellow cinephiles, maybe I could enjoy something uniquely suited to solo viewing.

The Sundance New Frontier track is dedicated to filmic experiences that aren’t strictly cinematic. The festival has been doing this for years, with unconventional venues and viewing experiences like screenings at Salt Lake City’s Clark Planetarium half-dome, or 360° films that can be viewed on smartphones or headsets, or interactive VR experiences.

This is a short video I produced in 2017 for The New Creatives on BYUtv, explaining the different immersive media types available today.

Cinema is itself a vicarious experience, but these immersive productions lend themselves to an added layer of empathy, almost literally placing viewers in another’s shoes. That’s always been important at Sundance, with past 360° films like “Traveling While Black,” on the experience of black travelers in the American South before and during the Civil Rights movement, and “Tree,” an interactive experience where viewers essentially become a rainforest tree.

The same was true this year, and my Sundance viewing followed the theme. My 2022 Sundance fest happened through my Meta (formerly Facebook) Quest 2 VR headset, with three 360° films that each placed me in the shoes of somebody else.

On the morning of Saturday, January 13, 2018, a ballistic missile alert was accidentally issued via the Emergency Alert System over television, radio, and cellphones to nearly all people in Hawaii. 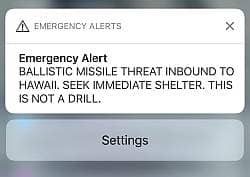 On the Morning You Wake shares the personal accounts from those in Hawaii who suddenly faced their own mortality, not through the klaxons of war or fighter planes overhead, but something much more mundane; an alert on their phones.

This is where 360° film really shines. The narrated personal stories are powerful on their own. Surely they’d be powerful on a conventional screen. But in On the Morning You Wake, viewers are there with Hawaiians when it happens. One account happens on the beach, another on the porch of a couple watching the sunrise, and another in the bedroom of a woman getting ready for work. Some of it is 3D modeled like you’d see in most video games, but much of the film was produced with photogrammetry, filming real settings with depth data to recreate an almost photo-real environment. The result is deeply affective. I’ve tried a fair amount of VR and 360° video over the years. I think this was the first time I’ve cried while wearing a VR headset.

These people — normal, everyday people — were suddenly informed they would very likely be dead in the next 15 minutes. Along with that, their families, friends, homes would also perish in a radioactive inferno that would incinerate and poison everything they loved. Was this all a mistake? But the notification said very plainly, “THIS IS NOT A DRILL.”

The notification was a mistake, later blamed on a miscommunication during a drill. To quote one who was there, “nothing happened, but everything changed.”

It was chilling, and horrifying to think that A) this mistaken notification could have gone out, and B) it’s entirely plausible this kind of notification could happen some day not by mistake. Indeed, it’s shocking this hasn’t happened more throughout the years since WW2.

I’ve rarely seen better use of the 360° medium. High marks for On The Morning You Wake.

The story of India and Pakistan is a topic I'd wager most Americans (myself included) know very little about. Child of Empire literally sets the stage, as viewers begin with a history lesson in the form of puppet theater. After centuries of English colonial rule, after World War 2 the people of India were demanding independence. Winston Churchill, often lionized for his defense of England against Nazi forces, was (and there’s no other way to say this) also racist against the people of India. Churchill's policies directly contributed to the 1943 Bengali famine that killed over 3 million Indians.

Child of Empire doesn’t focus on this dark period, but rather the schism that came after. Viewers join two elderly men sitting to tea and recounting the events of their youth, when India and Pakistan became independent nations. The border between the two new countries was established by British rulers, and announced very suddenly. Families and political factions had no time to prepare. The divide between Indian Hindus and Pakistani Muslims was sharp. Violent mobs asserted territory against those not of their tribe. Villages burned. Pilgrims seeking safe passage were killed. People starved.

Child of Empire takes viewers through those memories, from both sides of the conflict. Each narrator shares their perspective as a victim, not a patriot or homeland defender. Each of them were small boys when the conflict took place, and the politics of the situation evaded them. What they did know was that they were afraid, hungry, and desperately worried for the safety of their parents and family.

That perspective is important to remember when considering any political violence, and the 360° viewing experience can drive the lesson home more powerfully than any textbook would.

Alas, they can’t all be winners. The State of Global Peace is an experimental film that places the viewer in the role of the United Nations Secretary-General at the onset of an important speech to the U.N. assembly. Suddenly, the screens in the room are overtaken by dozens of talking-head videos of teenagers, as though it were a particularly elaborate Zoom classroom. The students plead with you, the Secretary-General, to do something about climate change, mass extinction, sea level rise, and more. Their appeal is accompanied by immersive visualizations to show rising wealth inequality, paltry aid spending compared to bloated military spending, and the gross number of birds that have died since the 1970s. The scene concludes with water slowly rising in the U.N. assembly hall, driving home the idea that dire action is needed post-haste.

If all this weren’t enough, this is followed by an assistant confirming to you, “I agree with everything those children were saying. We need to take action now!”

My cynicism here isn’t because I don’t believe these are important issues; they are. But thin, bald propaganda won’t do anything to change peoples’ behavior. Sundance is about art, and if it’s going to present a message, it should at least be artful. I also find it patronizing when children are used to push facile solutions to complex and persistent macro problems. This is Sundance at its worst, peddling a trite recitation of The Important Societal Issues™. The topics at hand have already been repeated ad nauseum, for generations. It’s “We Are the World” without the music, celebrities, or optimism. It’s not a compelling presentation, and gets low marks from me.

I commend the filmmakers for the novel form of presentation, but suggest rethinking the sermon.

While I only saw these three 360° films this year, the fest offered further aural experiences, interactive narratives, virtual museums, and more. The films I saw all shared a focus on global conflict, but not every showing was so weighty. I regret that I couldn’t see Lucas Rizzotto’s Flat Earth VR. Risotto is a Brazilian YouTuber who brings bleeding edge technology, comedy, and a DIY ethos to his videos (I’m a longtime fan). His satirical interactive experience takes viewers through a cosmic journey to see the world as it “really is”… flat. Like a pancake.

Hopefully that experience will be available through Rizzotto’s site soon. Most of the experiences from Sundance find their way to a wider audience via the Meta (formerly Oculus) App Lab, YouTube, or some other web-based platform.

Sundance is a fantastic opportunity to see and experience potent storytelling from filmmakers of every background and worldview. At its best, it brings people together and illuminates new perspectives. While the in-person festival can never be duplicated at home, the immersive experience of 360° video and interactive media offer something extraordinary in its own right; the chance to experience somebody else’s view, even for a short time.