The state of Utah is listed among the top five states in the US in the 10th State Technology and Science Index (STSI) published by Milken Institute, based in Santa Monica. The 2022 report, published this month, shows Utah in 5th place, a slight bump upwards from sixth place in the previous report (2020—the index is published every other year).

Milken Institute's State Technology and Science Index is a benchmark for evaluating the knowledge economies of all 50 US states. According to the Milken website, the index compares each state's capacity for achieving prosperity through scientific discovery and technological innovation, using the latest available data from US federal government and private-sector sources to perform a cross-sectional analysis of their rankings on key indicators. 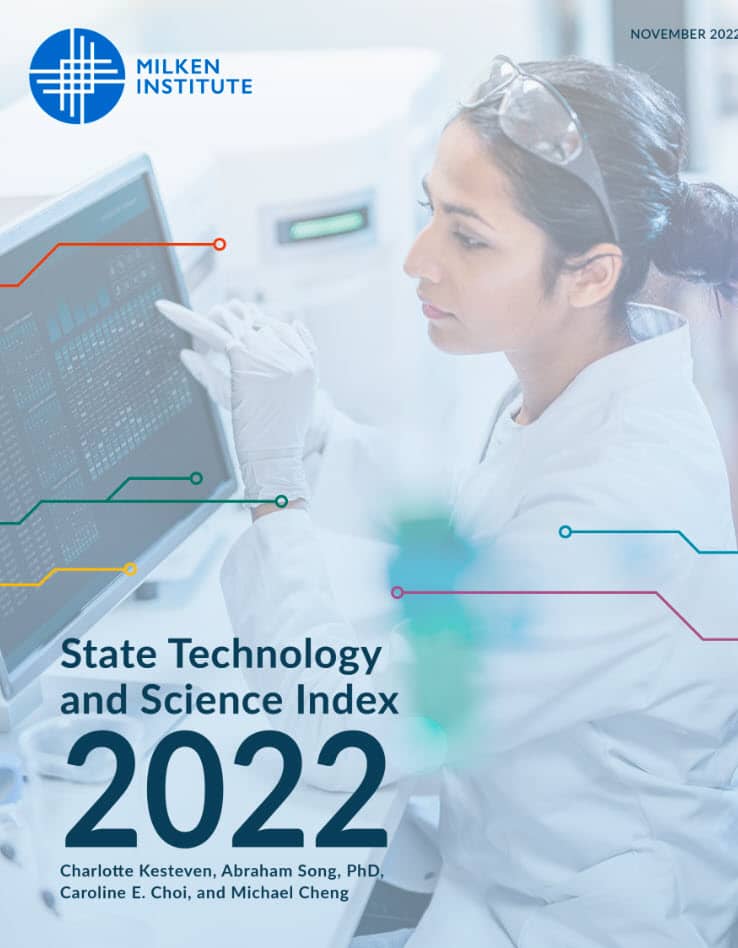 The index is a composite of five sub-indexes, which rank states on a set of indicators. The five sub-indexes cover a diverse range of topics: research and development (R&D) inputs, risk capital and entrepreneurial infrastructure, human capital investment, technology and science workforce, and technology concentration and dynamism. By comparing how states rank in these areas, the index assesses their capacities for generating new scientific ideas, as well as for commercializing technologies that contribute to firm expansion, high-skill job creation, and broad-based economic growth.

The report involves non-sponsored research, i.e. not sponsored or paid for by any third parties or state agencies, compiled from federal and private databases and sources by the staff of the Milken Institute Center for Regional Economics (CRE). Data sources include National Science Foundation, Bureau of Labor Statistics, National Center for Education Statistics, and several private-sector databases, such as Pitchbook. 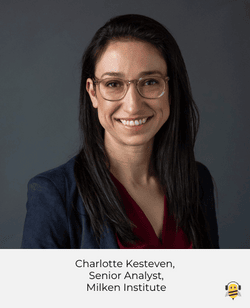 TechBuzz sat down with Kesteven, the 2022 report's lead author, to discuss the report in general and, specifically, the question of why some states are more effective than others when it comes to job creation and wage growth in the high tech industries.

"One of the main aspects is having a really strong connection between a good education system and a good commercial tech sector, and Utah is a very good example of this," replied Kesteven. "Utah has a strong tech industry, but there are also very good universities there doing very good non-commercial research. The state of Utah seems to be quite good at kind of connecting those two sectors together. The state's strong education system produces a lot of graduates and good primary research. And then the state is able to keep that research and those graduates within the state by connecting them to the state's tech industry. We see some states with with one or the other: where the tech industry is good, but there isn't a lot of primary research and graduates, so they struggle to keep innovating in the workforce. In my mind, Utah is the number one example of this relationship. If you look at our Best Performing Cities Index, which is less high tech focused and more broadly, economics focused, the big Utah cities always do really well on that index. That's one of the reasons that Utah is able to keep growing and keep having strong wage growth and jobs growth."

One of the reasons for the creation of the STSI twenty years ago was to provide a useful guide to understanding how and why states face different challenges. The STSI presents a snapshot of how state-level science and technology economies compare to one another at a specific time, rather than a long-term study of how individual states have changed over time. And because the index scores are based on rankings, differences in state scores reflect the overall differences among states' knowledge economies, rather than their performance in a particular area.

"The tech sector is one the most exciting aspects of the economy," says Kesteven, when we asked about the rationale for creating and continuing this index. "It tends to be the source of new economic innovations and biggest changes...and its a transformative sector. So having strong economic growth and innovation can drive the entire state and be transformative in terms of stable high income and high employment."

"This index really doesn't change significantly through the years. And the main reason for that is the factors that drive the results are things that can take a long time to show up in outcomes. One example is education. A state's overall education system has a huge impact on how the state will do in different industries. And even if a state radically transforms its education system and starts pouring money in it, making a lot of positive improvements, it can still take many, many years before it starts to show up in outcomes such as VC investment and commercialization of tertiary research. The inputs to this index have a really long lead time."