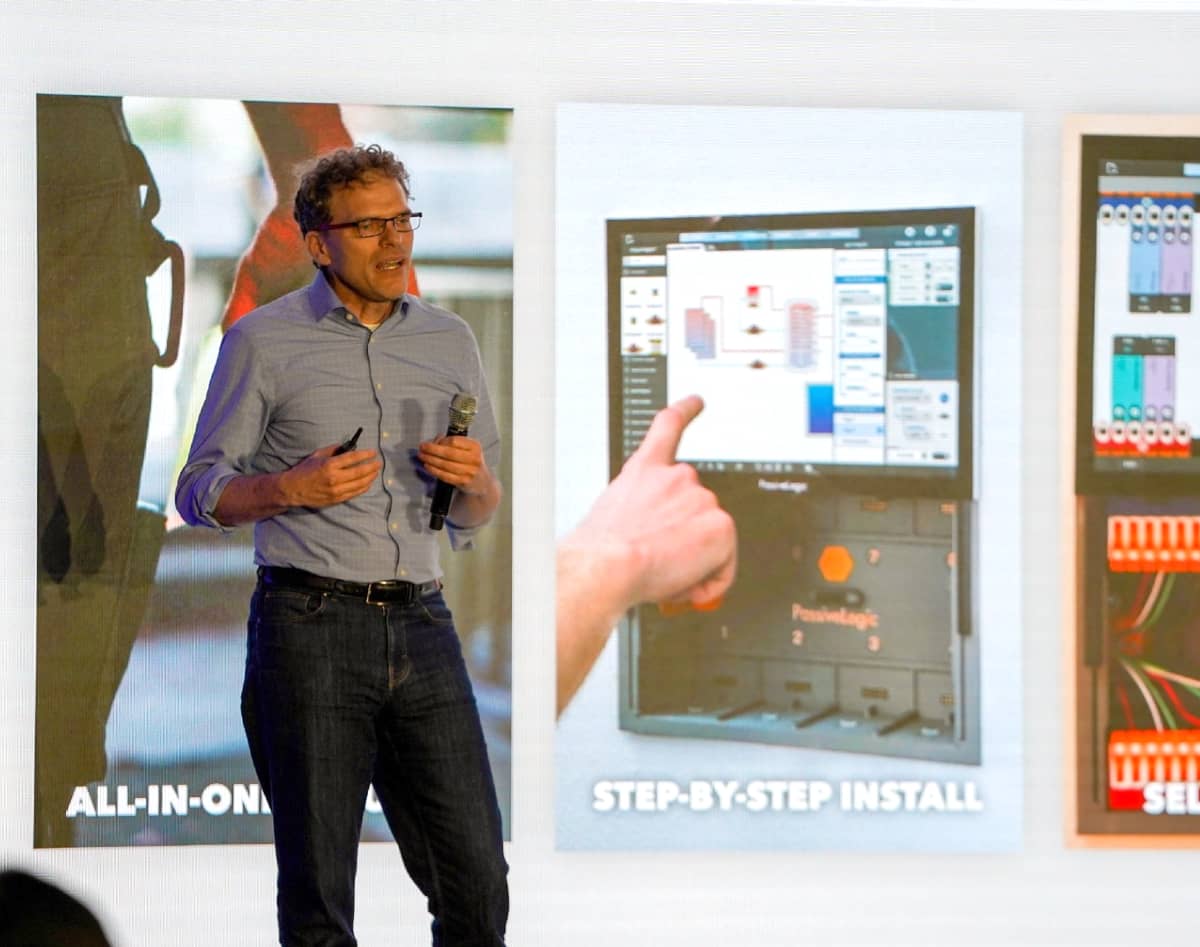 “If investors were innovators, they’d be founders, not investors.”

It’s a potentially controversial take from Troy Harvey, cofounder of PassiveLogic. In fairness, he’s spent a lot of time in front of investors. 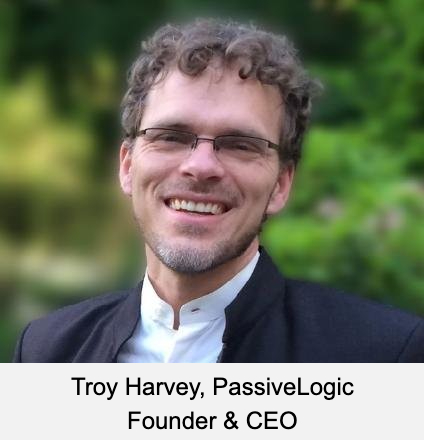 “When we first started, we went to [the hub of investors in the San Francisco Bay Area on] Sandhill Road. When we would pitch a new building technology, we were met with blank stares. Which is wild given that buildings and the surrounding ecosystem represents roughly 20% of world GDP. The fact it hasn’t been disrupted yet is crazy. But at the same time we were four years ahead of an investor thesis developing around buildings. One thing we came to understand was that a popular investment thesis means… it has already happened.”

“If you want to disrupt an industry, build your own thesis, then teach the market.”

That was five years ago. Today, the Holladay Utah-based company has succeeded in raising $16 million in funding. The company is atypical in a number of ways, including the market served. It’s not a consumer play, nor is it a B2B SaaS startup. PassiveLogic designs and manufactures an autonomous AI platform designed for controlling buildings, industrial, and IoT systems. Their  solutions integrate climate control, lighting, access, surveillance, security, sensors, and more  from a unified interface. The systems are designed to be easy for anybody to use, unlike legacy controllers, which are siloed, complex, and error-prone. Harvey says the PassiveLogic platform is like an “iPhone for buildings”, but instead of controlling a single small device, it can manage giant commercial buildings with thousands of complex systems.

After years of fundraising, PassiveLogic has their Series A. But still, Harvey isn’t entirely thrilled with the state of the technology industry.

“There’s such a huge tech market, but so little of it is actually tech. Most of the companies up and down I-15 aren’t technology companies. They’re sales companies, where sales people outnumber engineers ten to one.” Harvey noted that the corporate investments going into actual technology are at their lowest level in 40 years according to the Harvard Business Review. “We aren’t building new economies that will ensure the dominant position of the US tech marketplace. We’re mostly moving existing brick and mortar or software economies laterally into the cloud.”

Harvey is himself, at his core, an engineer. Technical challenges are animating and important to him. He sees customer pain-points as solvable through empathic user design, backed by fundamental technology innovation. It’s shaped his business and technology philosophy.

“I’ve looked at so many SaaS cloud solutions. For instance, project management tools. I’ve tried out over 150. Why are there more than 10 on the market? It’s because most of them aren’t even really products, they’re standalone features. They aren’t resourcing their technical teams enough to build complete solutions that matter to end-users. There’s not one here that’s good enough to buy.”

“The problem is it’s become a push market. Driven largely by investment thesis, not market demand. Startups have been pushed to make products of ‘least effort’, ‘MVP', ‘agile’… but these ideas have become the end-goal, to the point where we risk not delivering customer value at all. The investment community has been somewhat entranced by subscription based, low-effort, low value solutions because they get to revenue fast. But are we building long term value? That’s a completely different question.”

To Harvey, it’s about much more than shuffling profits from one company or department to another. For his own startup, it’s about innovating with genuinely new technologies to improve the world broadly.

“We hire engineers on this: Are you tired of working on trivial products that have no  fundamental value, and there’s no real technology, and you’re the five percent of the company that’s swimming in a sea of sales people who are selling this stuff like bug spray door to door? Or... do you want to work at a technology company that’s building real technology, where you’re the driver, where you’re building things that matter… and because they matter, people will buy them.”

Harvey believes investment barriers have been high for technology-centric startups. That makes PassiveLogic’s focus on technology relatively unique in an early stage company, even surveying the tech industry nationally.

“What we find on a country-wide basis, not just Utah, it turns out there are only a few companies like PassiveLogic that are building fundamental technology. And usually they are large corporates like Tesla or SpaceX, or Google Brain, companies that have had their IPO and are well down their path. This is historically unprecedented. This wasn’t the case 10, 20, 30 years ago, when new technology was the provenance of startups. Ironically all the aforementioned companies were born during the time when the VC community was more shaped around backing true technology development as opposed to flipping SaaS deals.”

With comparisons to Tesla, Apple, and Google, Harvey is positioning PassiveLogic as a coming  juggernaut. It may not be immediately intuitive to an average person that PassiveLogic is really so deep in research and technology. Are modern buildings such a complex technology? According to Harvey, they’re about the most complex technology there is.

“Buildings are actually these incredibly complex giant stationary robots,” says Harvey. “When  you compare all the controlled systems in the world — you look at industrial robotics, you look  at the Boston Dynamics robots that can dance, you look at autonomous vehicles — by what we’d call ‘state space’, buildings are more complex than any of them. Autonomous vehicles have maybe fifty sensors, and three outputs. You can adjust the steering, accelerate, and brake. I was in a building last year that had 100,000 sensors and 30,000 control points. There’s no other class of systems in the world that has that scale of complexity. Controlling those kinds of complex systems — not one item at a time, but as an integrated whole is non-trivial and an unsolved problem.”

Harvey’s work at PassiveLogic isn’t just on the bleeding edge of technology. It’s also a much  larger market than most realize.

“So this is a very similar place to where the autonomous vehicle market was fifteen years ago. The automotive market had one hundred year old incumbents that weren’t moving fast, nobody new had entered that market in decades, and it seemed like a boring market. And now it’s probably one of the more exciting investment areas in the technology space.”

“The building market is actually bigger,” he continues. “It’s double the size of the vehicle  market, by every count, whether it’s size, scale, energy, or dollars. And if I’m Tesla, to sell autonomy, I have to build whole vehicles. I have to bend sheet metal, build motors, wheels, and battery factories. That’s a super capital intensive business. With autonomous buildings, I have maybe twice the scale of the potential transportation business, but I don't have to build the whole building. We enable the construction and building management companies to do their jobs better, and we can laser focus on controlling the building intelligently. So it’s a super compelling market.”

While PassiveLogic has so far only deployed their building control products in an over-subscribed pilot program, they’ve largely pre-sold their first couple years of product, according to Harvey. He says recently one of their lead investors introduced him to the CEO of the largest building automation company in the country. The CEO told Harvey, “In the last month, I haven’t  had a conversation with anybody in the whole industry where PassiveLogic wasn’t brought up.” Harvey laughs, then adds, “That’s crazy, we’ve been in stealth mode, without public access to product!”

Fittingly, Harvey says the $16 million round will go mostly toward product development, plus building out their staff. There might even be a few salespeople brought onboard.